There are so many shows out nowadays. Seriously. Someone could watch 100 shows that nobody around them has ever even heard of. The sheer quantity is astonishing. Along with that, there are many different shows that people could recommend to their friends. However, what if you could only recommend one show to someone? What would be that one show that, above all else, is a must-watch for people you are close to? For me, the answer is clear – Avatar: The Last Airbender (ATLA). 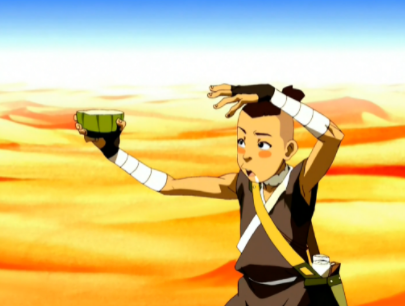 For starters, the show’s themes are incredibly mature and well thought out for a show marketed towards children. The themes of war, genocide, and oppression are prevalent throughout the series and are even dealt with in a very mature way. People love to dog on cartoons, or really anything animated, by saying it’s “too childish,” but that can’t be said for ATLA. I mean, look no further than the first episode, “The Boy in the Iceberg.” What’s the premise? A twelve-year-old child is freed from an iceberg only to learn that his entire race was wiped out. I don’t know about you all, but under American standards, that doesn’t seem very “kid-friendly.”

When suggesting ATLA to someone, it cannot be forgotten how quotable the show is. Even to this day, I find myself quoting lines from the show. Funny enough, as I am typing this blog, I just sent my mother a quote from ATLA that I want to include in my graduation announcement. There are funny quotes, sad quotes, clever quotes, and pretty much any type of quote that one could imagine. It’s even better when you find yourself saying an ATLA quote and then someone giving you a look, signaling that they understand the reference.

The pacing is incredible also. Oftentimes, shows feel really dragged out, giving the feeling that there is no story it actually wants to tell you; it only wants you to stay for your money. Not ATLA, though. Every episode is different and progresses either the plot or the characters. Heck, there are only a few filler episodes in the entire show, and most of them are fan favorites. In all of the shows I have watched in the past, I can confidently say that ATLA Book 2 (season 2) has some of the best pacing ever.

Lastly, the characters are amazing. There is genuinely a character for everyone to enjoy. There are so many opportunities presented to each character to give them a moment (or moments) to prove themselves, and none of them disappoint. I will die on the hill that Zuko has the best character arc in animated history (well, okay, in western animation because I have not seen every anime…). I will have to say, however, that some characters felt wasted and underused. I still believe that the main group of characters were written incredibly well and had significant development throughout the series. All of them are different people if we compare them from their first appearance to their last.

I could honestly talk for multiple hours about ATLA, and I have before. There are just so many different talking points from lore to character arcs that lead to intricate discussions. I was really glad once ATLA was added to Netflix because there was a huge surge in new fans, leading to constant discussion online and people talking about their opinions on their first-ever watch-through. Now there is an Avatar Studios launching! A whole studio dedicated to Avatar world content is something I have wanted forever. Before any of that can kick-off, however, I genuinely believe everyone should at least give the show a chance. If I could only ever choose one, Avatar: The Last Airbender is the one show I would always recommend to people.

Aaron George is the host of On-Air with Aar-on, a gaming news and review talk show that airs on KSSU. Streaming live this Fall every Wednesdays at 5PM