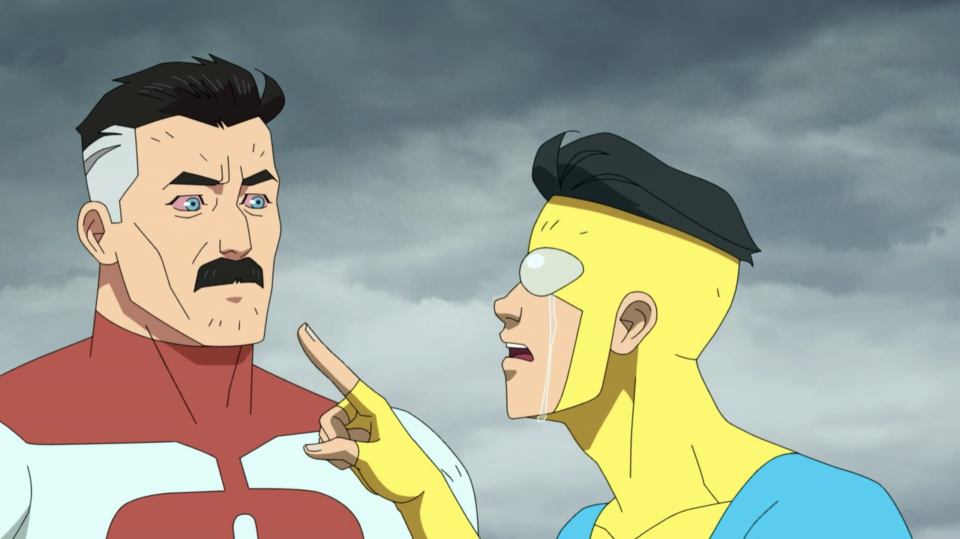 Amazon Prime and other streaming services do an amazing job at one specific thing that I have noticed for the past few years, and that’s taking lesser-known comics and turning them into TV shows. One of amazon prime’s newest originals is Invincible, which I mentioned earlier is a lesser-known comic dating all the way back to 2002. This comic was also written by Robert Kirkman, the same author of The Walking Dead, and the main character of the series is voiced by the same actor that played a fan-favorite character, Glenn Rhee. To give a brief rundown of the show while doing my best to avoid spoilers, Invincible is about a high school student named Mark Grayson, the son of the world-renowned superhero “Omni-man,” who is this world’s parody of DC superhero Superman.

All Mark’s life, he has grown up seeing his dad save lives and he yearns to one day be able to do what he does alongside him; however, he can’t do so until he grows into his powers much similar to the character Will Stronghold from the older Disney movie Sky High. After Mark finally gets his powers, he immediately jumps into the superhero life with no experience without knowing all the hard parts that come along with the job as well. Throughout the series, you will see Mark grow and get better at what he does and show why he chose the name invincible.

I would very much consider this series a must-watch. While it may be animated, it is one of the greatest shows I have ever seen, even if I include live-action ones. If you have the time, I would suggest reading the comic it is based on as well. It is just as good as the show and adds certain details that the show will sometimes miss. One thing I would also like to add is that it is very realistic about certain aspects of being a superhero and shows that in real life, it would not be all sunshine and rainbows. But in the end, If you have an Amazon Prime Video account, you can trust me when I say watching this amazing show will be a great use of your time.

Lawrence Charles is the host of Just “Hour” Thoughts, an entertainment and culture talk show that airs on KSSU.