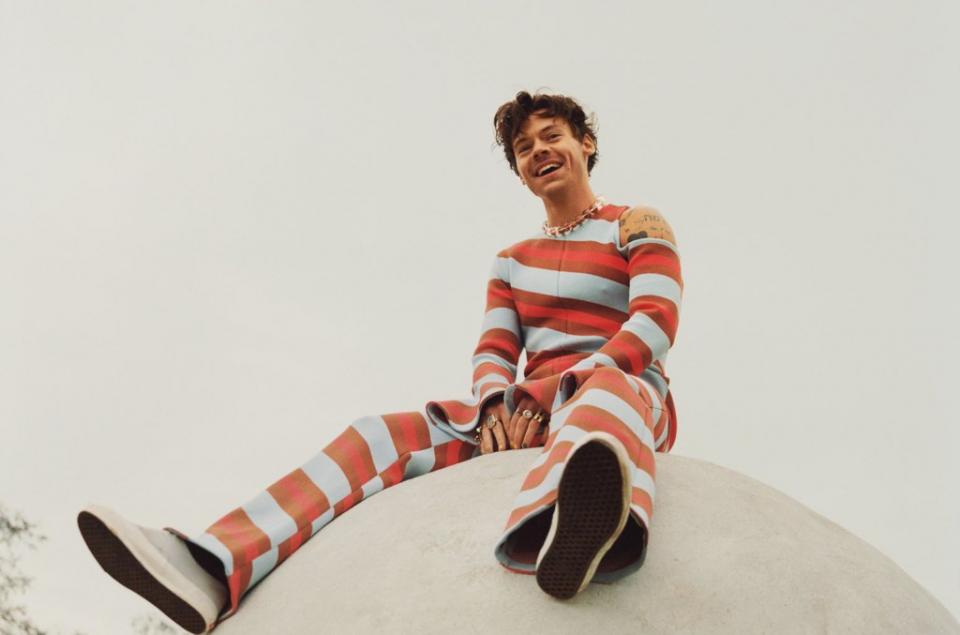 I was never a One Direction fan when I was a kid, nor was I a hardcore Harry Styles fan ever. As he’s released his music in his solo career there have been some songs that caught my attention and I liked for a while and then completely forgot about. Long story short, Harry Styles has never been an artist that I felt like I needed to see in person. Until now.

I’ve even looked up ticket prices because I know he puts on a good show, but the website I looked them up on revealed GA ticket prices at around $250. That’s insane. Yet I would be willing to be considered insane just to see him play his new single “As it Was” in concert.

We all know that Harry has a beautiful voice, but he took it to another level for this song. It almost reminds me of all of the 2010’s indie songs that I hold so dearly from my childhood.

The song starts off with a child’s voice “C’mon Harry we want to say goodnight to you!” and just with that the song is already great. I don’t know what it is about there being talking tracks in songs, but it gets me every time. It feels more real, more personal, almost like an immersive experience. Paired with the fact that it’s a kids voice rather than a grandma, friend, or girlfriend, is just so new and wholesome.

The song then trails off into an upbeat, very danceable tune. I mean the song has been out for two days and I have the beat alone constantly stuck in my head. Now I don’t know about anyone else, but I am the type of person where the lyrics do not matter to me in most cases. As long as the song scratches my brain, if you will, I will obsess over it. Although that’s true for most songs, I can actually relate to this song, which might make it even better. Lyrics that stood out to me were, “You know it’s not the same as it was” and “Harry you’re no good alone, why are you sitting at home on the floor?”. Nothing major, but Harry, I feel you man.

Now for my favorite part. The bridge. I love a good bridge, I think it’s so important not only to tie the song together but also to give a little oomph to it. A bridge MUST give oomph, and this one is giving very much that. Although it’s just a snippet, it’s my absolute favorite part of the song. The pace picks up a little and he changes the pitch of his voice to a lower tone and it is freaking BEAUTIFUL.

The whole song put together is a masterpiece, but I bet he already knew that. I think from now on I’ll be paying more attention to Harry Styles’ song releases, and maybe even tours as well.