Harry Styles came out with his album “Harry’s House” In May of this year. With catchy songs and his already large fame, this album was an immediate success. The next step for artists when coming out with albums is to plan a tour as well as start working on music videos.

The song “Music For a Sushi Restaurant” was one of my favorites of the album after it was released. Catchy beats and an almost groovy sound immediately had me hooked. The music video was released for this song on October 27, 2022. The video starts out in a barren looking area with three men rushing over to something and looking confused. Okay, that’s pretty normal right? Well once it showed what the men were confused about, it lost me.

There he is, the universally known Harry Styles, with tentacles instead of legs. Yes, that’s right, Styles is a squid in his music video. My immediate reaction was disgusted and then honestly confused. The men that found him then take him to what I’m assuming is the kitchen of a sushi restaurant. Fish is being chopped up vigorously while Styles and his tentacles for legs start to look more concerned. He then gets up and starts singing which causes the lights to flicker and then someone in the kitchen proceeds to fling a fish which Styles catches in his mouth.

After this kitchen scene, the video moves to what I’m assuming is the dining area of the “sushi restaurant” where the chefs begin to pamper him. Washing his tentacles and waiting on him hand and foot. I think the whole idea is that he is a singing half squid half human that could make them a lot of money, hence the pampering. The rest of the video is him performing for crowds in this restaurant and being pampered and living his best squid/human life. I don’t really want to go into detail but I will say, the video is odd. 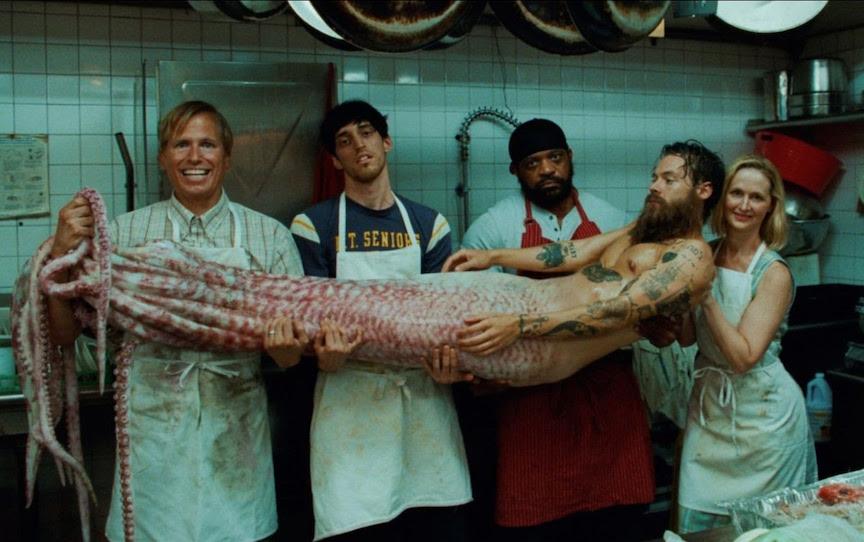 I always love seeing the creative paths that artists take with their music videos and a lot of times it really opens up your eyes to what the artist was feeling while writing this song. In the case of the music video for “Music for a Sushi Restaurant”… I’m truly at a loss for words. I think Harry Styles definitely is a creative genius but this video was just a little over the top for me. If I feel like I’m getting a weak stomach watching a music video, I probably shouldn’t be watching it. All in all, I still love Harry Styles’s music, but maybe I’ll sit the music videos out for right now.

With all that being said, I think that if you don’t have a weak stomach, give it a watch, form your own opinions on it, and forget everything I just said. This is just my honest, humble opinion. What the heck Harry.