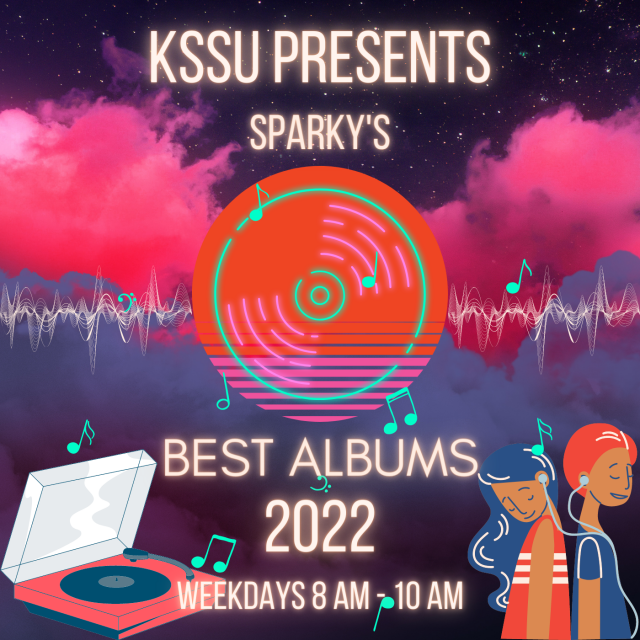 This year, KSSU wanted to expand our view to include more voices from the Sac State community. We joined forces with The State Hornet and ASI to gather 34 entries to determine what Sparky’s best albums for 2022 would be.

After looking through the entries we received, it’s obvious that the KSSU community and friends enjoyed this year’s sonic offerings just as much as we did.

For the first time since pre-COVID-19, music fans spent all year being pummeled with good music — live and overwise. When venues picked up the pace booking acts this year, some big names made their way through town.

Aftershock brought Muse, Kiss and My Chemical Romance. At the beginning of the year at Golden One, Tool was one of the first performers booked on the calendar — a calendar that later added Kendrick Lamarr. The Philharmonik and former KSSU guest Nat Lefkoff graced the Russ Room stage above Salomon’s, Thao & The Get Down Stay Down and The Lemonheads were at Harlow’s, Mac Sabbath and Subhumans were at Goldfield, and Jack Harlow, Thundercat and Metric rocked Ace of Spades.

That’s just a sampling of the face-melting music vibrating hearts and ears in Sacramento this year.

We’ve been hard at work to make sure music from new and established artists filled our station’s library. Out of all of the responses, the top-ranking entries went to:

A special shout out to two rascals: Jacqueline Garcia & Savannah Potter who sacrificed their entire survey to ensure that Harry’s House and Dawn FM (respectively) made it on the list.

Now we REALLY know what happens when the stinger hits the groove (a little wordplay for vinyl fans). Here’s what the KSSU family had to say about some of Sparky’s favorite albums of 2022: